Backwoods bravado, patriot’s pride, country soul, keg-thumping beats — these are the qualities that Moonshine Bandits have championed since they began their journey.  Armed with a hybrid arsenal of country and hip hop fusion, the California duo of Dusty ‘Tex’ Dahlgren and Brett ‘Bird’ Brooks are back with the grittiest, spirited and distinctly grass-roots release of their sixteen year campaign of musical badassery – “Gold Rush.”

Since their formation in Los Banos California in 2003 the Moonshine Bandits have continued a campaign of crossover genre-bending musical mayhem that appeals to the eclectic, color-outside-the-lines tastes of listeners, aka The Shiners, and they fiercely refuse to have their tastes confined and filed into categories. “Our musical style has always been full throttle and in your face,” says Moonshine Bandit Tex.  Just like the rumrunners, bootleggers, smugglers and outlaws of old – the Moonshine Bandits provide a supply of the goods for the demand, defying the mandates and trends of mainstream pop culture. 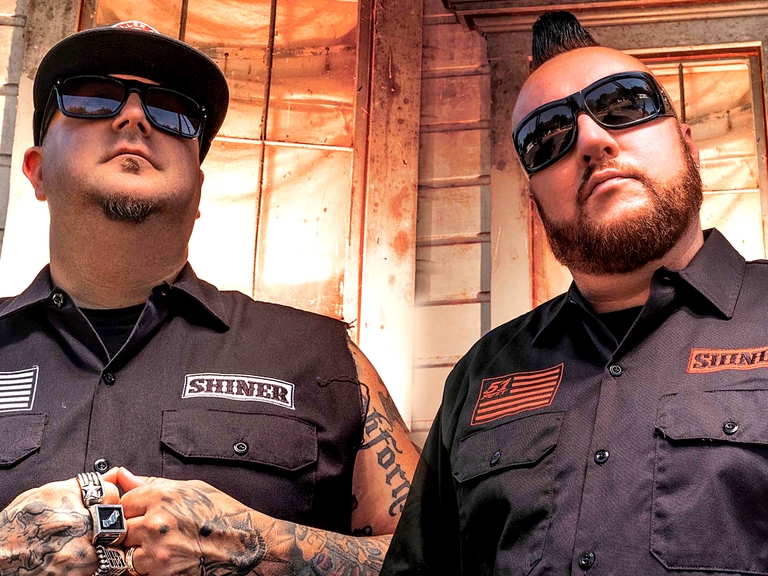