www.rdgldgrn.com
The colorful, creative blaze that started as a spark during a bedroom jam session from a basement in a DC suburb now burns brighter than ever for genre surfing trio ​RDGLDGRN​. What brought the three together in their teens is the common sense of optimism that hard work, good ideas and flawless execution can lead American citizens of any race, creed or class to reach their dreams.

The band integrates elements of hip-hop, rock and go-go music to concoct an original sound influenced by their personal histories. Each member of the band was raised in a different version of the immigrant’s tale to find a better life on American soil. ​Pierre Desrosiers​ ​a/k/a King Green​ (vocals) is the son of Haitian immigrants from the 1970s. ​Andrei Busuioceanu Jr. a/k/a Gold​ (bass) arrived in America when he was 5 from Romania. ​Marcus Parham a/k/a Red (guitars) is an African-American raised as a global citizen attending high school in Ghana and living extensively overseas. The band name and each member’s identity is based on the three Pan-African Colors​ used most often on the flags of African nations. The members stick to this regimented palette for their clothes, seldom being seen in public otherwise.

With the influences of Nirvana, Rage Against The Machine, Janes Addiction, Black Sabbath, and Limp Bizkit, ToyMACHINE really puts out an in your face, type of sound, while also creating tracks that are more influenced by artists like Kanye West, Lil Wayne, or MGK

“We want to make rock fun again, it has been stale for years and has such a preconceived notion to be ‘too heavy’ or ‘metal’ before anyone even gives it a chance”, says guitar player Ryan Lamon. ToyMACHINE shows always leave people saying “I didn’t know what to expect, but I love their energy and sound”. Their new line-up has way more energy with the additions of singer, Ray Bentley, and drummer, Greg Alders. All ToyMACHINE has to say is “Come out to a show and you will quickly learn why more and more people are repeatedly coming to shows” 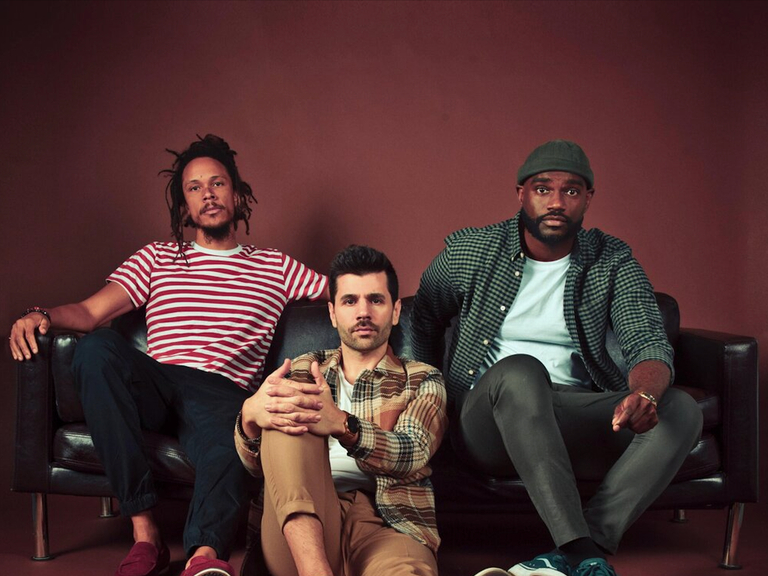 RDGLDGRN (pronounced Red Gold Green) is an American band based out of Reston, Virginia, a suburb of Washington, D.C.. Formed in 2011, the band recorded their debut album at Sound City Studios in 2012 with producer Kevin Augunas and engineer Clif Norrell. They have worked with a wide range of notable musicians, including Dave Grohl and Pharrell Williams. RDGLDGRN released their debut self-titled full-length album in September 2013. Band members Marcus Parham (Red), Andrei Busuioceanu (Gold) and Pierre Desrosiers (Green) met through mutual friends in Reston, Virginia.