Written and recorded during an extended hiatus from the road, Satsang’s extraordinary new album, ‘All. Right. Now.,’ finds frontman Drew McManus reconnecting with his Montana roots and exploring a whole new palette of sounds and textures, drawing on classic country and modern Americana to forge a joyful, rustic collection all about letting go and living in the moment. McManus produced the album himself, and while the songs here are certainly honest and deeply personal, they’re written in a spiritual language that taps into something far more universal, something inherent in the human condition that binds us as brothers and sisters on a shared journey to find ourselves and our place in this world. The performances and arrangements are broad and spacious to match, reflecting the wide-open fields and soaring mountains that surrounded the band during the whirlwind recording process, and the result is a lush, organic collection fueled by acoustic guitars, fiddle, and pedal steel, a warm, inviting record that hints at everything from Uncle Tupelo and The Jayhawks to Gregory Alan Isakov and The Head and the Heart as it meditates on the power—and the pull—of home.

For years Tim Snider has been touring the world non-stop as the renowned violinist for the American band Nahko and Medicine for the People. Performing to sold-out crowds in amphitheaters like Red Rocks and The Greek to stadiums like Suntrust Park – Atlanta, GA and Rogers Centre – Toronto, Canada. He has performed at some of the world’s biggest festivals, Bonnaroo, Byron Bay Blues, Caliroots, Glastonbury, and been direct support for Zack Brown Band, Dispatch, Rebelution, and Xavier Rudd. Now he is working on a brand new record and getting ready to hit the road with his new band, Tim Snider & Wolfgang Timber

Tim not only plays violin but loops guitar, percussion, and vocals into a sound that has been described as a “world-folk hybrid, aimed at the heart the head and the feet.” His individual style of folk-fusion and conscience rock will leave you dancing with a new sense of purpose.  He is no stranger to the frontman role having toured his original music in venues and festivals throughout Europe, Australia, Brazil, and North America.  He has worked with Trevor Hall, Mike Love, Nahko, Satsang, Talib Kweli, Dispatch, Hirie, Cas Haley, and countless others.

THUNDERBIRD COVID-19 SAFETY POLICY: www.thunderbirdmusichall.com/safety
*Must show proof of vaccination or negative PCR test within 48 hours of show, upon entry* 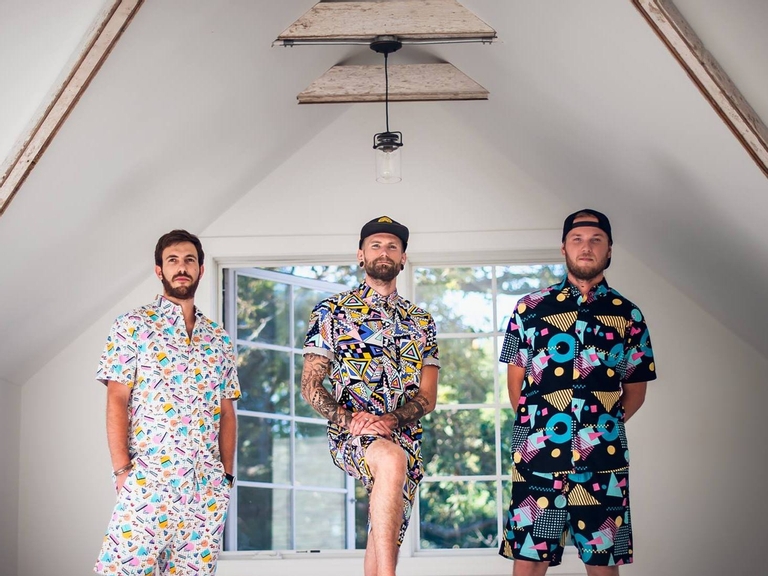 Satsang is a Conscious Music Collective blending world conscious lyrics with a unique blend of Folk, Soul, Indie Rock, and Hip-Hop. Satsang seems to have something for every musical palate. The lyrics come from and are rooted in change, growth, awareness, and imperfection, and are used as a mission statement for reflection, growth, and activation. Touching on everything from the bliss of traveling and the growing pains of change: to societal ills and civil rights. The live show is everything that the band name suggests: A gathering of people to assimilate and share their truths. The rhythms and energy put forth by the band keep everyone on their feet, and the lyrics leave them craving active and immediate change. Satsang has toured all over the country and has shared the stage with the likes of Steel Pulse, Nahko and Medicine for the People, Trevor Hall, Wookiefoot, Mike Love, and many more. "It still amazes me how far they have come in such a short period of time. With a very dedicated fan base and a lot of respect in the music community amongst other artists, Satsang is a band to watch closely. " - GratefulWeb