www.townmountain.net
Hailing from Asheville, North Carolina, Town Mountain is the sum of all its vast and intricate influences — this bastion of alt-country rebellion and honky-tonk attitude pushed through the hardscrabble Southern Appalachian lens of its origin.

“For us, it’s all about the interaction between the audience and the band — doing whatever we can onstage to facilitate that two-way street of energy and emotion,” says mandolinist Phil Barker. “Whether it’s a danceable groove or a particular lyric in a song, we’re projecting what we’re going through in our daily lives, and we feel that other people can attest to that, as well — it’s all about making that connection.

”Amid a renewed sense of self is the group’s latest album, Lines in the Levee, a collage of sound and scope running the gamut of the musical spectrum in the same template of freedom and focus found in the round-robin fashion of the musical institution that is The Band — a solidarity also found in the incendiary live shows Town Mountain is now revered for from coast-to-coast, this devil-may-care gang of strings and swagger.

Ticket Tier Info:
Lower Balcony Tickets - Seated Section with Private Bar and a View. Must be 21+ to purchase (IDs will be checked upon arrival). Sold in pairs of 2. (SOLD OUT)
General Admission Tickets - Standing Room tickets on the Main Floor, closet to the stage

There are no additional protocols at this time. Entry requirements are subject to change. By purchasing tickets to this event you agree to abide by entry requirements in effect at the time of the event. Check the venue website leading up to your event for the latest protocols.Please visit https://thunderbirdmusichall.com/safety/ for more information on Covid-19 Safety. 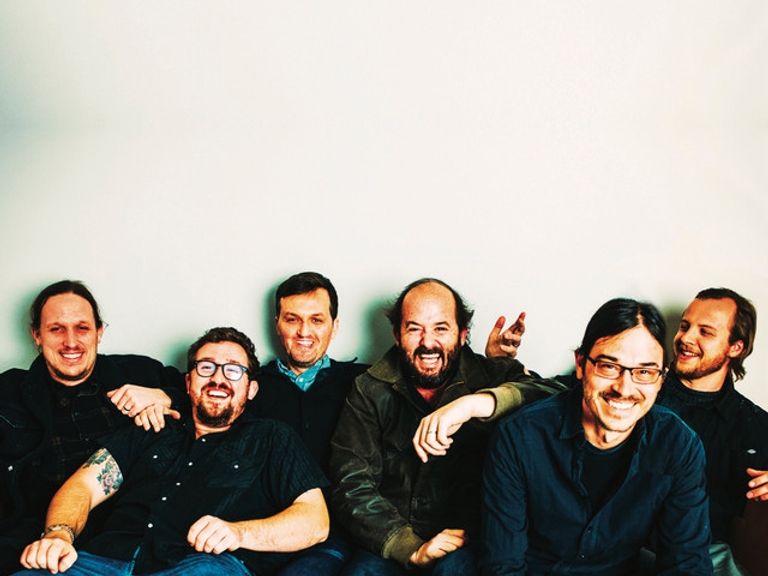 Town Mountain on Fire After Grand Ole Opry & Ryman Auditorium Debuts - New Album In The Works For 2018 - Recorded at Echo Mountain Studios in Asheville, NC ASHEVILLE, NC -- Raw, soulful, and with plenty of swagger, Town Mountain has earned raves for their hard-driving sound, their in-house songwriting and the honky-tonk edge that permeates their exhilarating live performances, whether in a packed club or at a sold-out festival. The hearty base of Town Mountain's music is the first and second generation of bluegrass spiced with country, old school rock ‘n’ roll, and boogie-woogie. It's what else goes into the mix that brings it all to life both on stage and on record and reflects the group's wide-ranging influences – from the Grateful Dead's Jerry Garcia and the ethereal lyrics of Robert Hunter, to the honest, vintage country of Willie, Waylon, and Merle. The Bend Bulletin’s Brian McElhiney says Town Mountain, “has serious country and rock ’n’ roll DNA.” Town Mountain features guitarist and vocalist Robert Greer, banjoist Jesse Langlais, mandolinist Phil Barker, fiddler Bobby Britt, and Zach Smith on bass. Town Mountain is working on their 6th studio album and was recently recording in Echo Mountain Studios with Producer Caleb Klauder. The forthcoming album will be full of new original material and released later in the year. They are also excited to be the host of the 2018 MerleFest Midnight Jam and will be performing at Joe Val Bluegrass Festival and John Hartford Memorial Festival among others in 2018. Their 5th studio album, Southern Crescent, came out April 1, 2016 on LoHi Records. Produced and engineered by GRAMMY winner Dirk Powell, Southern Crescent was recorded in Powell’s studio The Cypress House in south-central Louisiana town of Breaux Bridge. Since it’s release the band debuted on the Grand Ole Opry and the Ryman Auditorium stages in 2016 bringing their sound to new audiences. The critically acclaimed album debuted at #4 on the Billboard Bluegrass Chart while staying for ten weeks on the Americana Music Association's radio chart Top 40. “This Asheville band killed it at the Ryman this summer [2016] opening up the bluegrass series and they put out this stellar collection of original songs that asserts them as the hippest, bluest traditional bluegrass band of their generation. In an era of bluegrass with manners, they cut with a serrated edge,” exclaims Nashville’s Roots Radio’s Craig Havighurst in his list of “Essential Americana Albums We Loved in 2016.” Town Mountain returned to the Grand Ole Opry in July 2017! Other albums include Leave The Bottle (Pinecastle Records 2012), Steady Operator (Pinecastle Records 2011), and Heroes & Heretics (October 2008). They also independently released a LIVE album (2014 from a show at Isis Music Hall in Asheville) as well as a two-song EP (2015) of Grateful Dead tunes called The Dead Sessions. Their debut album (June 2008) is entitled Original Bluegrass and Roots Country and KSUT/Durango Telegraph’s Chris Aaland writes, “No critic has coined a better phrase to describe their sound.” While the members have taken the road less traveled when it comes to the mainstream or traditional purists, they’ve been dubbed as "The Taco Stand Troubadours” by Aaland (due to their frequent stops at such establishments) and he calls them “one of those bands that has paid its dues and won over the Durango audience through the years, much like the Gourds and Leftover Salmon. They have performed opening shows with Railroad Earth, Peter Rowan, Hard Working Americans, Greensky Bluegrass, Yonder Mountain String Band, Hackensaw Boys, Ralph Stanley and his Clinch Mountain Boys, The Del McCoury Band, The Seldom Scene, The Infamous Stringdusters, Bobby Hicks, The Steep Canyon Rangers, and Jim Lauderdale among others. What has become one of the group’s more memorable live performance songs is their cover of Bruce Springsteen’s “I’m On Fire,” which they first recorded in 2008’s Heroes & Heretics, with Greer’s distinctive Southern drawl at the forefront. The track has reached over 3.3 million listens on Spotify. The Atlantic’s Matt Vasilogambros writes, “Bruce Springsteen is a natural fit for bluegrass… Even the Boss’s earlier music had hints of folk influences. Just listen to “I’m On Fire”… I keep turning to one cover, which I admittedly listen to more often than the original. It’s from Town Mountain… They dropped the synthesizer, added a banjo, a fiddle, and another singer for harmony, and made a gem.” Another fan favorite is their Jimmy Martin-esque original “Lawdog,” penned by Barker in 2012, which music journalist Juli Thanki instantly called an “unearthed classic” when the album was released. They recorded a live version of the song at WAMU’s Bluegrass Country Radio in 2013 which has over 125,000 views and continues to be a barn burner to this day with the entire crowd singing along as barker sings, “I make my livin driving, I’m a bluegrass music man… Chasin the horizon, for another one night stand… I got a lot of miles to travel, and I’m runnin’ a little late… And a no show gets me nothin, so don’t you get in my way. I got no time for ya lawdog…” “While it remains a bluegrass band in all things instrumentation and touring the bluegrass and festival circuit, it's’ sound crosses into American roots and even outlaw country, perhaps as a result of the gritty, mournful tone of Greer’s vocals.” Durango’s KDUR radio’s DJ, Bryant Liggett says, “It is reminiscent of the 1970s truck-driving film sound, the perfect accompaniment to a car chase through the south á la ‘Smokey and the Bandit.’” For more information, please visit TownMountain.net, facebook.com/TownMountain, twitter.com/TownMountain, and instagram.com/townmountainbluegrass.