www.eternalboymusic.com
Eternal Boy are a nostalgic, heartfelt pop-punk trio from Pittsburgh, Pennsylvania who draw influence from the heyday of the Drive-Thru Records era. The bands most recent release, “Awkward Phase,” was produced by Chris Badami (The Starting Line, Early November) and released via Four Chord Music. The album charted on 5 of the Billboard charts including the #1 Heatseeker album, #9 Vinyl albums, and a spot in the top 50 in Rock Albums, Alternative Albums and more. The new album, “Bad Days Are Over,” was produced by Chris Badami and Mastered by Ted Jensen (Green Day, Jimmy Eat World, Sum 41) and spent 4 weeks in the Billboard top 100 albums.

www.keepflying.band
Keep Flying is a 5 piece band hailing from the Northeast USA. With their musical style, the band strives to fill the void of catchy, horn driven songs in the punk scene. With a unique sound, honest songwriting, and an explosive live show, the band has been able to turn heads of fans and bands alike, touring and performing with such acts as State Champs, Four Year Strong, Less Than Jake as well as multiple appearances on the Vans Warped Tour, SXSW, The FEST, and many more.

www.facebook.com/TheMiddleRoompgh/
Hailing from Pittsburgh, PA, The Middle Room is a jagged mixture of Early 2000’s Pop-Punk vibes and raw, close to home lyrics, reminiscent of your lonely Emo days. 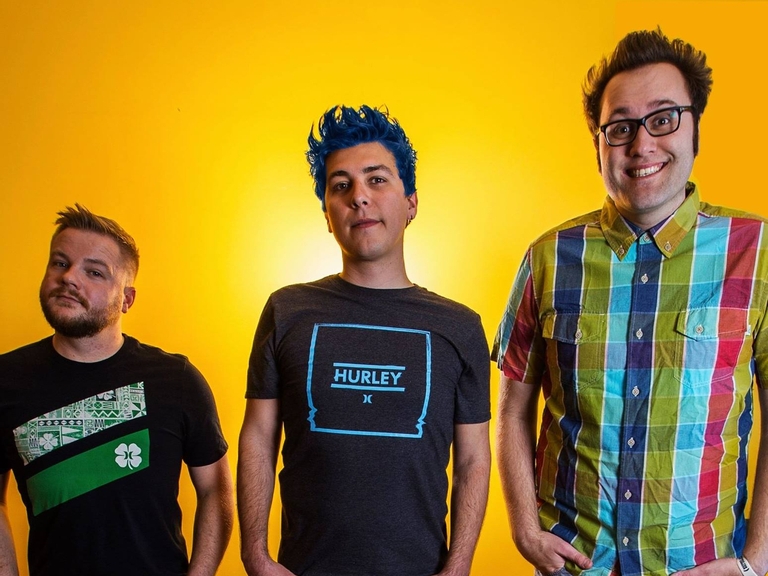 Eternal Boy is a product of the Drive-Thru Records era; a time when music and friendships went hand-in-hand, and when pop punk was revered. From the basements of the Steel City to venues across the world, Eternal Boy have been permeating their brand of pop punk to the ears of listeners all over the globe. Their DIY mentality and blue collar work ethic has allowed the band to achieve high levels of success for an independent band: countless US, Japan, and China tours, coveted spots on The Warped Tour, shows with New Found Glory, Reel Big Fish, Sum 41, The Starting Line, The Used, and a devoted fan base that are closer to family than fans. Eternal Boy book, promote, sell, fund, and manage their own destiny, and take pride in that process. Their new album, "Awkward Phase," is out now and charted on 4 of the Billboard top charts. Your Mom.