“I want the world to know that we are making music to promote world peace and be with everyone on the same level, fighting against racism.” – Moctar

Be sure to check out their latest music video for “Taliat”, off of Afrique Victime, out on Matador Records May 21st.


“They marry all that I love in music and violence,” says Joe Talbot of IDLES. “And like all good pugilists, they win.” Indeed, Pure Adult’s rapturous exercise in aural assault has earned them early praise and fast fans. Known for their singular chaotic surrealism, members Jeremy Snyder and Bianca Abarca show no signs of letting up.

Recorded between Brooklyn’s Studio G and in multiple nontraditional spaces (bedrooms, a shed, a basement, etc.), in several different cities in the US, and on multiple recording formats, “Cam Girls” significantly expands the group’s musical and philosophical borders from their 2019 self-titled EP. “Cam Girls wanders into the brush of the growing mass surveillance state,” chief songwriter and producer Jeremy Snyder explains. “We’re all cam girls in a mass surveillance state. Whether you like it or not, you’ve likely been a webcam model for some invasive corporate and governmental data-collecting.” But the cleverness of the band, reminiscent of David Yow’s (The Jesus Lizard) lyrical irreverence, lies in their ability to bludgeon while paradoxically providing the sounds and expressions of those trapped beneath the truncheon’s swing. “The pure raw energy of the band captivates and doesn’t let up,” says Oliver Ackermann of A Place to Bury Strangers. 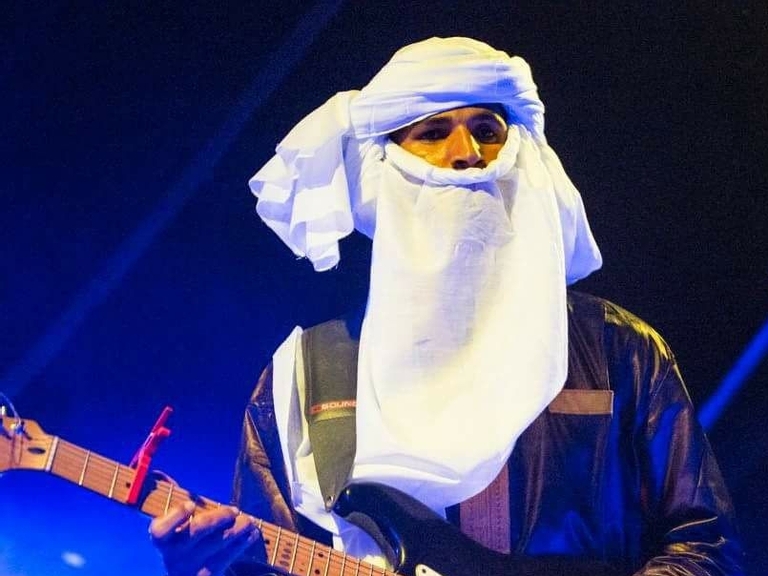 Mdou Moctar (also known as M.dou Mouktar; born 1986 ) is a Tuareg songwriter and musician based in Agadez, Niger, and is one of the first musicians to perform modern electronic adaptations of Tuareg guitar music. He first became famous through a subtle trading network of cellphones and memory cards in West Africa. Mdou Moctar is a popular wedding performer and sings about Islam, education, love and peace in Tamasheq. He plays a left-handed Fender in a takamba and assouf style. He is originally from Abalak and has also lived in Tchintabaraden and Libya.