Southern Culture On The Skids

www.scots.com
Southern Culture On The Skids has been consistently recording and touring around the world since 1983. The band (Rick Miller – guitar and vocals, Mary Huff – bass and vocals, Dave Hartman – drums) has been playing together for over 30 years. Their musical journey has taken them from all-night North Carolina house parties to late night TV talk shows (Conan O’Brien, The Tonight Show), from performing at the base of Mt. Fuji in Japan to rockin’ out for the inmates at North Carolina correctional facilities. They’ve shared a stage with many musical luminaries including Link Wray, Loretta Lynn, Hasil Adkins and Patti Smith. Their music has been featured in movies and TV, parodied by Weird Al, and used to sell everything from diamonds to pork sausage. In 2014 the band was honored by the Southern Folklife Collection at the University of North Carolina Chapel Hill with an exhibition featuring their music and cultural contributions. Their legendary live shows are a testament to the therapeutic powers of foot-stomping, butt-shaking rock and roll and what Rolling Stone dubbed “a hell raising rock and roll party.”

At Home with Southern Culture on the Skids is the latest full length album from the band and was released in March of 2021. It was recorded during the stay at home period of the pandemic when the band was at home and not touring. The album consists of 11 tracks recorded and mixed in Rick Miller’s living room with some additional tracks recorded at his studio, The Kudzu Ranch.

The other songs on the album are a combination of the band’s unique mix of musical genres: rock and roll, surf, folk and country—all a bit off-center, what Rick proudly calls “our wobbly Americana”. Rick goes on, “We put a few more acoustic guitars on this one, as you would expect if you recorded in your living room, but it still rocks like SCOTS. So put your headphones on, get in your favorite chair/sofa/recliner, put on “At Home With” and let’s hang out for a while.”

Southern Culture on the Skids 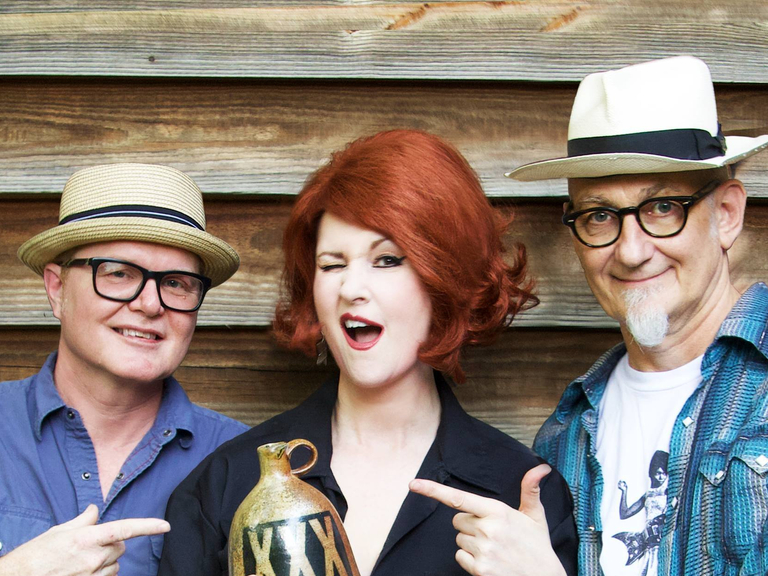