The Joy Formidable
with Cuffed Up

www.thejoyformidable.com
The Joy Formidable head “Into The Blue” for their very personal new record.

Into the Blue is about opening your eyes to beauty & love again. Making it to the other side. Whilst not conceived as a metaphor for the times we all live in now, it certainly turned out that way – Ritzy, Rhydian & Matt – The Joy Formidable
Here are some songs the band would like you to start with – in their words:
The title track Into The Blue is about surrendering to love and magic. Having the courage to enjoy a new journey and the mystery and excitement of something unexpected.

Back To Nothing takes a stance on self-compassion, realizing your worth, your boundaries and deciding not to give your love to an undeserving other.

www.cuffedupmusic.com
With comparisons to 90’s bands like Sonic Youth and The Pixies to modern day English acts like Wolf Alice and IDLES, it’s no wonder why the LA based quartet, Cuffed Up, have been turning heads since their debut double A-side was released at the end of 2019. The band garnered much support as an unsigned act first of all from KEXP (Song of The Day/Music That Matters), and subsequently from the likes of NME, DIY Magazine and The Line Of Best Fit. 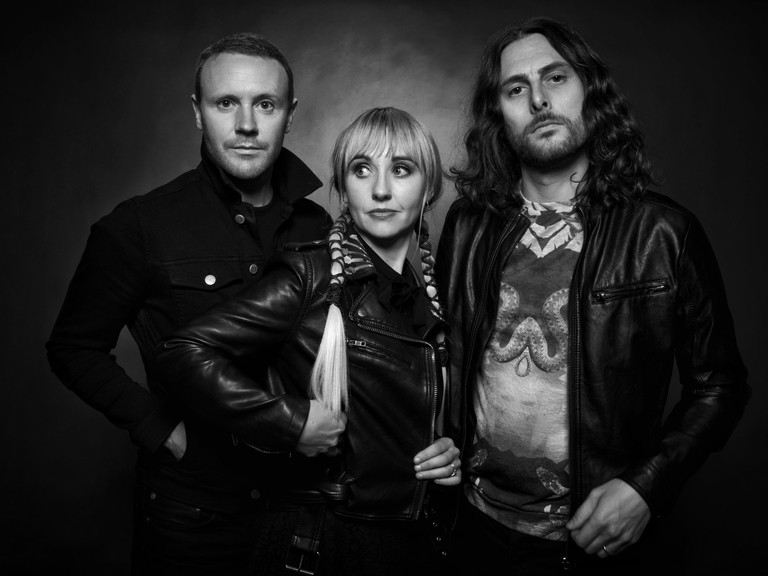 The Joy Formidable is a Welsh alternative rock band, formed in 2007 in Mold, Flintshire and currently based in London, England. The band consists of Rhiannon "Ritzy" Bryan (lead vocals, guitar), Rhydian Dafydd (bass, vocals) and Matthew James Thomas (drums, percussion). Childhood friends and then couple Ritzy Bryan and bassist Rhydian Dafydd originally played together as part of Manchester band Tricky Nixon, which later reformed into Sidecar Kisses. After Sidecar Kisses split up in 2007, they regrouped, returning to their Welsh home town of Mold, and formed the Joy Formidable with Justin Stahley on drums. In July 2008, they released their first official single, "Austere".