www.wilderado.co
Formed in the California mountains, but originally hailing from Tulsa, OK, Wilderadohave been steadily building a passionate fan base and defining who they are since 2015. When they first came together,Maxim Rainer (lead vocals, guitar), Tyler Wimpee (guitar, vocals) and Justin Kila (drums) spent a summer in Latigo Canyon, a secluded part of Malibu, with longtime Sufjan Stevens collaborator James McAlister, immersing themselves in writing and recording. Those songs went on to form early EP releases with tastemaker indie labels IAMSOUND and National Anthem, which garnered more than 100million streams, but more crucially provided the backbone to years of touring.


flipturn began in 2015 with a shared love for live music in the small island town of fernandina beach, florida.  the chemistry from their first garage rehearsal was undeniable, and sharing that magnetic energy with crowds through live performance seemed inevitable.  although their origin story shares similarities to that of many other bands; their sound, raw magnetism and steep trajectory are unmatched by anyone among their ranks.

the flipturn roll call is dillon basse (lead vocals/rhythm guitar), tristan duncan (lead guitar), madeline jarman (bass), and mitch fountain (synth). fans are drawn to the rarity of both strong female and male presences within the band that foster a sense of inclusion in the musical experience. the fever dream energy of their live shows has positioned flipturn as a metaphorical musical sun, holding fans in a trancelike orbit. 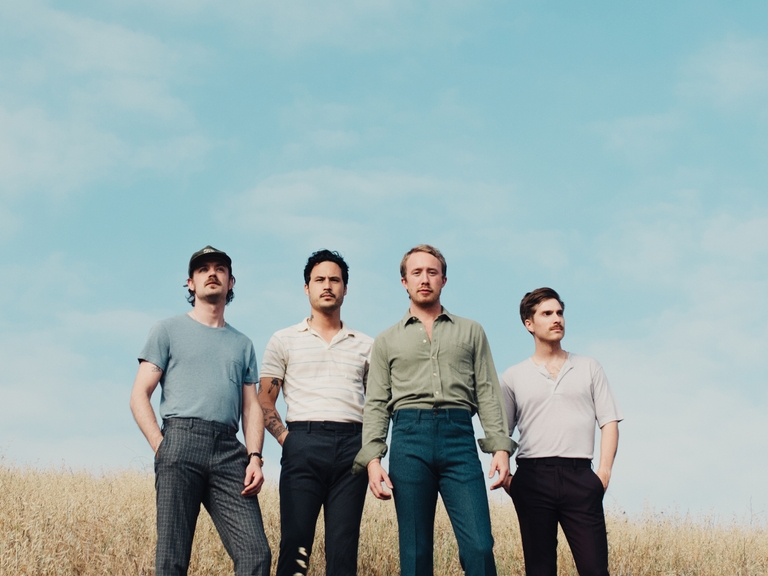 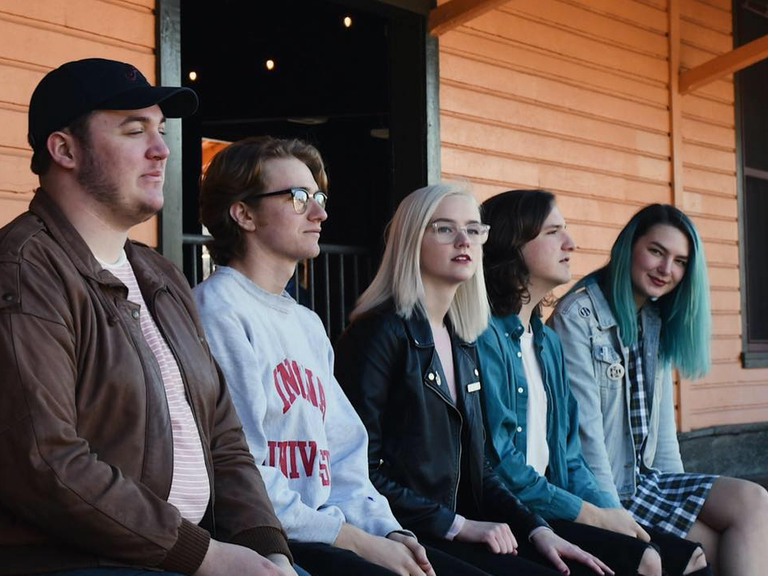 In late 2015, a group of high school friends started playing music in a Fernandina Beach, Florida garage. It did not take long for the five to realize their mutual ambition for playing music on the national stage. Today, they make up the band flipturn, which has been taking the Florida indie scene by storm and capturing the hearts of music lovers around the world. flipturn is comprised of Dillon Basse (lead vocals/rhythm guitar), Tristan Duncan (lead guitar), Madeline Jarman (bass), Taylor Allen (synth), and Adrian Walker (drums). With a fun, feel-good sound that takes influence from artists such as Hippo Campus and Two Door Cinema Club, flipturn seamlessly blends elements of surf rock, garage, new wave, and pop. March 2017 saw the release of flipturn’s debut EP, "Heavy Colors", which was met with a wave of positive reviews from critics and fans alike. In the spring of 2018, flipturn released their critically-acclaimed sophomore EP, "Citrona". Pandora Music selected "Citrona" as one of their "Pandora Picks" for April 2018. "Citrona is a polished, dynamic display of raw emotion and pure talent that leaves you craving more" (S. Elkin, Pandora). So far, flipturn has gained over one million streams on Spotify. flipturn has performed throughout Florida and the east coast and has provided support for Magic City Hippies, Saint Motel, and COIN, among others. In March 2018, flipturn beat out 3,000 other bands to secure a spot on the main stage at Okeechobee Music Festival-- performing on the same stage as Arcade Fire, Halsey, and Snoop Dogg. To promote their newest EP, "Citrona", flipturn toured around the United States in May of 2018, playing for packed houses and sold out venues. flipturn's youthful energy and exciting stage presence translate into a captivated audience chanting, “One more song!” at the end of each show.