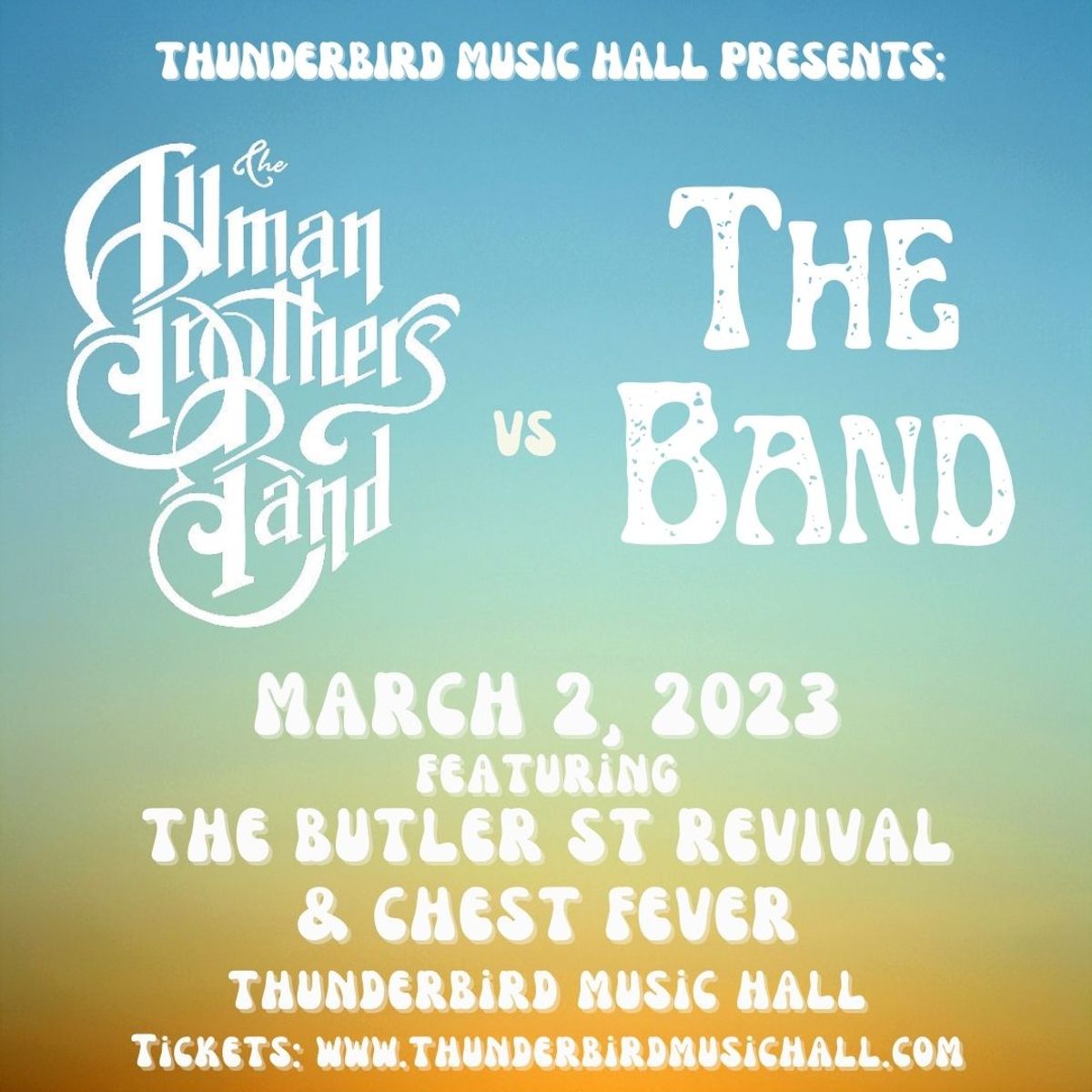 The Robbie Robertson endorsed tribute to The Band, Chest Fever, are making their return to Pittsburgh! They’re teaming up with the local all-star band Butler Street Revival, who play all the favorites and deep cuts of the Allman Brothers. Together, they bring you: ALLMAN BROTHERS VS THE BAND!

Chest Fever Bio:
The Band left behind a timeless legacy of unforgettable music and a vast catalog of fabled songs. Band members Garth Hudson, Levon Helm, Richard Manuel, Rick Danko and Robbie Robertson embodied a musical alchemy that has been firmly cemented in myth and legend. Their impact on rock music and culture is permanently etched in the hallowed halls of American history. Chest Fever, a new band from San Diego, CA, is breathing new life into that legacy, in celebration of one of the richest repertoires of Canadian-American popular music.

Chest Fever is comprised of members of the San Diego Music Award winning rock band Mrs. Henry, including keyboardist Jody Bagley, guitarist Dan Cervantes, bassist Blake Dean, and drummer Chad Lee. Each a talented lead vocalist on their own, the group setting gives them a chance to combine their talents in an incendiary celebration of melody and verse. The group also features horn player and arranger Jesse Audelo of Sure Fire Soul Ensemble and Fresh Veggies Micro Brass, echoing the contributions of arrangers John Simon and Allen Toussaint to The Band’s original music.